Curiosities of Medicine and Physiotherapy

Drug hangover. Prof. Stanislaw Kirchmayer states that alcohol drastically reduces the levels of magnesium and some vitamins. The force with which can ravage the human body is unmatched by any other factor showing a similar effect. The results of his research prof. Kirchmajer publish in the Archives of Internal Medicine. This raises the idea that alcoholics treated with magnesium. 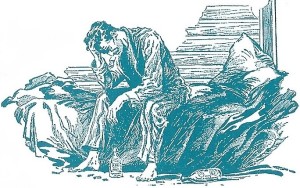 Gymnastics compulsory subject. Long-term treatment of Henryk Jordan to improve the health of young people finally bring the desired effect: secondary schools in Galicia are introduced compulsory gymnastics lessons, also refers to the institution of the school doctor. It is also recommended that physical education teachers, how and conducted their activities to appreciate on a par with teachers and prestige of other subjects. Instructions for medical school defines sanitation, preparation of research protocols and conduct collective student assessment sheets state of health of young people. 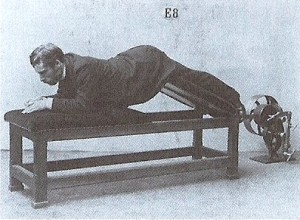 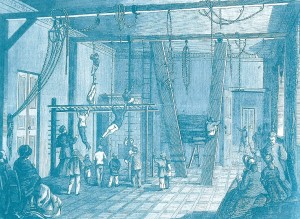 The first mention of sport activities on Polish soil from the year 1427. The Rector of the Academy of Krakow reported a fisherman from the suburbs of Krakow Jan Brzuszek with a complaint that the street Szewska students beat him with a stick from the so-called. “Pylathiki” (baseball). In 1574, to the dismay of Polish nobles and courtiers, he played in Krakow ball King Henryk Walezy. Physical movement was complemented daily enemas and powders of applied by a doctor Miron French king. At the end of the sixteenth century loved to play ball Wawel young King Zygmunt III Waza, which it did not approve of the passions or the court or the royal family.

Honorata Łukasiewicz dies in poverty. On the street. St. Cross dies in poverty (her husband on his deathbed tore receipts debt to 60,000 crowns), the widow of the deceased fifteen years ago a graduate of the Jagiellonian University (Diploma missing one exam), the most outstanding Polish pharmacist Ignacy Łukasiewicz, Honorata. Polish chemist oilman-handed for free to representatives of the American company Rockefeller entire unique technology distillation of crude oil, satisfaction in the “happiness of mankind.” American encyclopedias carefully and consistently avoided mentioning his name.

For many years to Honorata Łukasiewicz will be the heroine of sermons in the churches of Krakow and Podkarpacie. According to them, once she greeted her husband returned late at night straight from the distillery of oil:
– How you can return home at this time? How can you stink?
– My dear – he said quietly Łukasiewicz – if I had not smelled, you would not smell nice.

Madame, put the child back! As previously purchased by the University manor Brodowicza Street Kopernika 7 (Kraków), extended with the construction and extension of the floor of one wing, Maurycy Madurowicz placed first solo, perfectly organized Clinic of Gynecology and Obstetrics at the Jagiellonian University. However, women, especially those with higher spheres, are reluctant to occupy a bed. And even in case of childbirth is the rule calling the professor home. Madurowicz not shun such visits – proverbially high are charged for no fees. Often he talks about the incident, which took place in the house of a wealthy merchant.
After a successful birth obstetricians husband refused to pay the agreed upon fee on the grounds that it is far too excessive. Irritated professor in all ways tried to convince the adversary of the inappropriateness of his behavior. When I finally lost faith in the power of any arguments, he gave a strong command accompanying midwife Madame: “put the child back!”

Beware of water baths Mr. Priessnitz. The funeral of 16-year-old Sophia Sapieżanki. Princess during the trip contracted smallpox. According to general opinion, he led to the death of the mother, the daughter of treatment by applying water. The Duchess is known fanatical supporter of the method of an illiterate peasant Vincent Priessnitz with Grafenbergu (Desenika) in Moravia. How to record a diary – her mother had treated her daughter with cold water until the unhappy wrapped in a sheet die.
Despite this warning the death Cracovians will continue pilgrimage for health reasons to Grafenbergu where Priessnitz applies to their patients cold showers (from its name comes from the word shower), wrap in sheets, physical work (mostly chopping wood), long walks and diet and – mandatory, daily evening procreation (only in a legal marriage). Moravian peasant does not have a medical degree, and the next prisoner brings him the grace of the Emperor of Austria, the moron Ferdinand Benevolent, who in 1835 visited the Grafenberg. On the question of what to do to feel healthy and have children, Priessnitz had the answer: – sire, should shut his mouth and put your ass in a dishpan.

No drug substitute motion. The printing Łazarz appear Cieplice Wojciech Oczko – the first written in Polish treatise on medicinal waters, which is a summary of knowledge in the field of balneology and balneotherapy. Oczko classifies occurring in Poland, mineral water and healing, determines the performance and gives how to use their healing properties. It is recommended that treatment of drinking mineral waters (Cieplice) and medicinal baths. The hearing is the result of the command, which Polish King – Stefan Batory gave the Medic, to investigate the source of healing in Jaworów near Lviv they are and what good. In the introduction to the work writes:
When I as a wise king, at that time the last things he could not give me grief otherwise stated, only the job having made me, what Cieplice (village with thermal waters) good and use them as described. Work will usher in Polish literature on the treatment of nature. Oczko promoted as a doctor will not only be indicated drinking water but to maintain health also recommend horse riding, fencing, dancing. Invent saying: Movement replace almost all medicines, while no drug substitute motion.

Polish Duke Bolesław Wysoki, was the first who noticed that injured animals bathe in the sources of warm water. The first Polish unit balneologic Tatars destroyed during the invasion in 1241.

Women have the right to orgasm. In Krakow, he published a book duties of marriage – the first Polish textbook on sex and the first publication of granting women the right to orgasm.
Duties of marriage came from the pen of Jan Mrowiński-Płoczywłos (1514-1580), was printed in the typography Łazarz Andrysowicz. This was the era of the old Polish first and only one of its kind for married life (…) Mrowiński sexual satisfaction admits both a woman as a man who has to take care of his partner. Mrowiński believes that before the wedding the couple should get to know also from the sexual, notes that sexual intercourse is not only procreation, but also cheerful fun with Venera, urges the greatest possible intensity of the intercourse, the game love it considers an integral part of sexual life, while granting a tool of Satan, the gate of hell, a harmful of all the beast or – the woman – the right to orgasm ahead of an entire era.

People do not do the streets the outhouse. Maciej Miechowita announce the print job on the principles of hygiene conservatio sanitatis (O maintaining health). It is already the last work of this versatile 65-year-old scholar, eight-rector of the Academy of Krakow, an eminent historian and geographer, the doctor successive rulers of the Jagiellonian dynasty. A year before his death Miechowita – thanks to the release of this popular book – becomes a precursor of health education in Poland. Calls for the purity of the cities, demands ban pouring dirt on the street, it is recommended removal of rotting waste leathers from tanneries areas and stinking marc distillery.

Slice through which you can see the Tatra Mountains. Grand Master of the Teutonic Knights Albrecht besiege Olsztyn, among two hundred soldiers defending the castle and the town is beginning to spread diarrhea. The commander of the defenders Copernicus is connected to the way of eating bread, the pieces already soiled transport, reach the walls into the hands of soldiers stained pieces of mud, bird droppings, etc.. He gets the idea to bread cut into slices and lubricate a layer of thick cream (butter) and the now visible impurities removed. Diarrhea stops.
After the withdrawal of the Teutonic Knights, Copernicus visited his friend from Padua MD Adolf Burtenadr, Grand Master of German Apothecary. He had heard about the idea of Warmia doctor and asks that it does not spread, because it could mean big losses for the pharmacists. Copernicus understands and promises to silence. Break them yourself German chemist, when, during a religious war breaks out an epidemic in Germany. Preventive manner bread spreads clotted cream go down in history and German language and English as a Buttenaffing. The merit of this issue Copernicus remembers very few. The Polish anecdotes habit of cutting the bread into triangular pieces not slices, but is treated as evidence of the impact on the mentality of Krakow astronomer – doctor for a slice of Krakow, as you know, you can see the Tatra Mountains…

This website uses cookies to improve your experience while you navigate through the website. Out of these, the cookies that are categorized as necessary are stored on your browser as they are essential for the working of basic functionalities of the website. We also use third-party cookies that help us analyze and understand how you use this website. These cookies will be stored in your browser only with your consent. You also have the option to opt-out of these cookies. But opting out of some of these cookies may affect your browsing experience.
Necessary Always Enabled

Any cookies that may not be particularly necessary for the website to function and is used specifically to collect user personal data via analytics, ads, other embedded contents are termed as non-necessary cookies. It is mandatory to procure user consent prior to running these cookies on your website.